Would you have ever thought that the cheesesteak would have originated from two brothers that owned a hot dog shop? Probably not, but it’s true. Harry & Pat Oliveri sold hot dogs & sandwiches in the Italian immigrant section of South Philadelphia during the 1930’s. One day Pat grew tired of hot dogs all the time and picked up some beef. He grilled it with onions and tossed it on a roll. Before he even got to taste it, a cab driver smelled it and asked to purchase it. The driver told them they should be selling the beef sandwiches instead of hot dogs and they decided to add it to their menu. The “steak sandwich” was born. I say steak because there was no cheese on it back then. It wasn’t until 20 years later that an employee wanted to enhance the flavor of his sandwich & add cheese creating the “cheesesteak”. 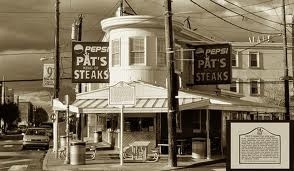 The original, officially cheesesteak was made with Cheez Whiz, but now restaurants offer cheese sauce, provolone, and maybe even American slices in some spots. I try to stay away from process foods so Cheez Whiz was out. However, I craved my own cheesesteak. That tender, juicy meat slathered with onions, mushrooms, and peppers; then drizzled with a velvety cheese sauce. Oh yes! But I wasn’t driving to Philly. 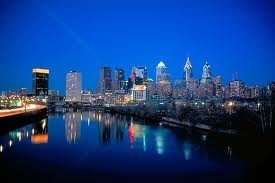 That meant I had to make my own. Although the original masterpiece is delish, we all can’t eat that stuff all the time. I still used my roll, but I hollowed it out for 2 reasons – #1 – so there was less bread, and #2 – so the meat would sit all cozy in the roll. The meat was tender and the onions, mushrooms, and peppers were lathered on. Finely, came the cheese. I used a provolone but I made it into a cheese sauce. It was light, creamy, and still flavorful. My husband loved it! It was nice to taste that steak sandwich again…so thank you to that cab driver that told the Oliveri brothers to sell that “steak sandwich”!!